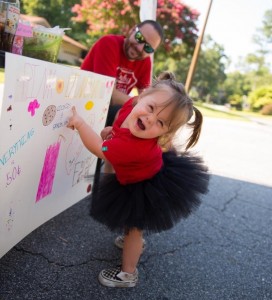 The 2016 walk season marks the third year of participation for Team Ruby in the Atlanta Buddy Walk®, hosted by the Down Syndrome Association of Atlanta. The team is named for Team Captain Nicole Eliason’s two-and-a-half year old daughter, Ruby, who is a lover of all things outdoors. Ruby especially enjoys playing with the soccer ball, dancing, music, and spending time with her two older siblings Eli (10) and Maddux (8).

When we sat down to talk with Nicole about Team Ruby, she shared one of the things she loves most about Ruby is “her general curiosity and desire to figure things out.” When Ruby was born, Nicole recalled, “The hardest thing for us was wondering if she would want to walk or talk. She absolutely does. She wants to do everything everybody else does. She will talk to you all day long.”

Team Ruby was formed the year after Ruby was born. “The daughter of one of our close friends came up with the idea to do a lemonade stand. She and Ruby’s older siblings decided to turn it into a fundraiser for Team Ruby.” The kids held the fundraiser the very next day and raised $100 that first year. Fast forward to the summer of 2015, and the team decided to hold the fundraiser again.

“In 2015, we promoted the lemonade stand a lot more on Facebook. It became more than just a neighborhood event. People drove from all over the city to come specifically to Team Ruby’s Lemonade Stand.” In addition to lemonade, the team also sold rainbow loom bracelets and cookies. Ruby also greeted customers, passing out hugs. In just one day, they raised $350! Not only that, they had a special matching donor, who added an additional $200 donation, bringing the grand total to $550! 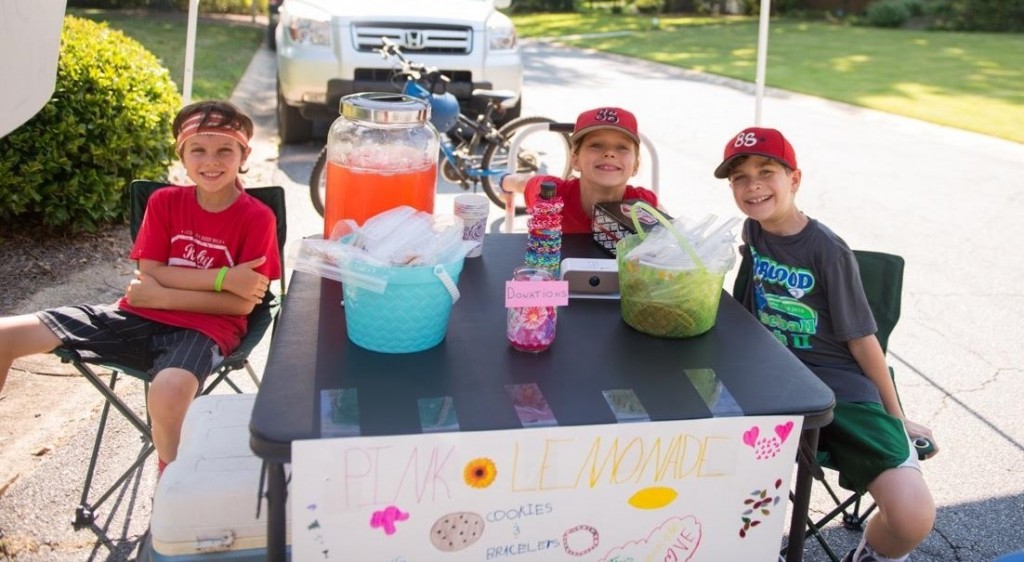 Nicole shared she has an even bigger vision for the lemonade stand in 2016. “This year, we’re hoping to do one or two lemonade stands in the summer and maybe one in the fall.” When asked what she’d say to new team captains looking to do a fundraiser, Nicole offered this advice, “Pick something small. It’s amazing the impact you can have. Once you become more comfortable with the fundraiser, you can make it bigger overtime.”

For Nicole and her family, they fundraise because the Atlanta Buddy Walk® and DSAA are an important part of their lives and of Ruby’s journey. “The Buddy Walk® meant a lot. Last year was a tough year for us. Ruby was diagnosed with leukemia and we lived in the hospital for over 2 months. She didn’t get to attend the walk. We still arranged for someone to watch her so we could go and show our support.” (Nicole shared the good news with us that Ruby has finished her treatments and is now in remission!)

The community atmosphere is the piece of the walk Nicole cites as her favorite. “The walk is a great reminder to us of the support we have around us. At our first Buddy Walk®, we never imaged 100 people would come out for Team Ruby. As we prepped for 2015, we weren’t sure who would come to the walk, but we had the same number of supporters come out. It’s inspiring to us to know they get so much out of the event too. They’re there to learn and to educate their families on everything this community has to offer. It’s special to us to gather with people who love us so much and celebrate in the same place.”

To stay up to date on Team Ruby, follow along with the updates on their Facebook page.