Celebrating My Son with Down Syndrome

I remember when Tim was little… (His name is Tim, but his nickname has been “Waffle” for 10 years). People would walk up to us and say things like, “Oh, I’m so sorry you have a child like that.” Our reply, “Child like WHAT???” That type of thing used to happen regularly when we were out in public; thankfully, not really so much anymore. My point is that just because your child has a disability, it doesn’t mean that their life or your life is destined for misery. If Tim HAD to have a disability, I am HAPPY it was Down syndrome. I have several friends who are parents to young kids with Down syndrome and may not know what to expect for the future. Although all kids are different, here’s some of the things I can tell you about MY son, and my 30 years of experience being a father to him.

I’ll start by saying that Tim has no major health issues and takes no meds of any kind. In that respect, he is very fortunate. Some of the negative things I can say are things like I know he isn’t ever going to be able to get married, or have a kid of his own, drive, be a CEO of a company, tie his shoes, or have a Master’s degree. But now come the positive things that I have found out over the years….

Tim loves everyone. Even the people who don’t deserve his love. Tim sees everyone as equals, and passes no judgment on anyone who may appear different than him. He doesn’t judge you by what your job is or how much money you have. He isn’t going to only hang around you because of what you can do for him, then leave when you’re used up. Tim will always want to play with me like a 5 or 6 year old would, and doesn’t care what other people think of him when we are acting goofy together. Tim always wants to hug me every single day and doesn’t only come around when he wants something. Tim lives the most normal life he can possibly live. I raised him the same as my other son, and I never allowed his disability to be an excuse for unacceptable behavior, or anything else that wouldn’t be acceptable for anyone else. 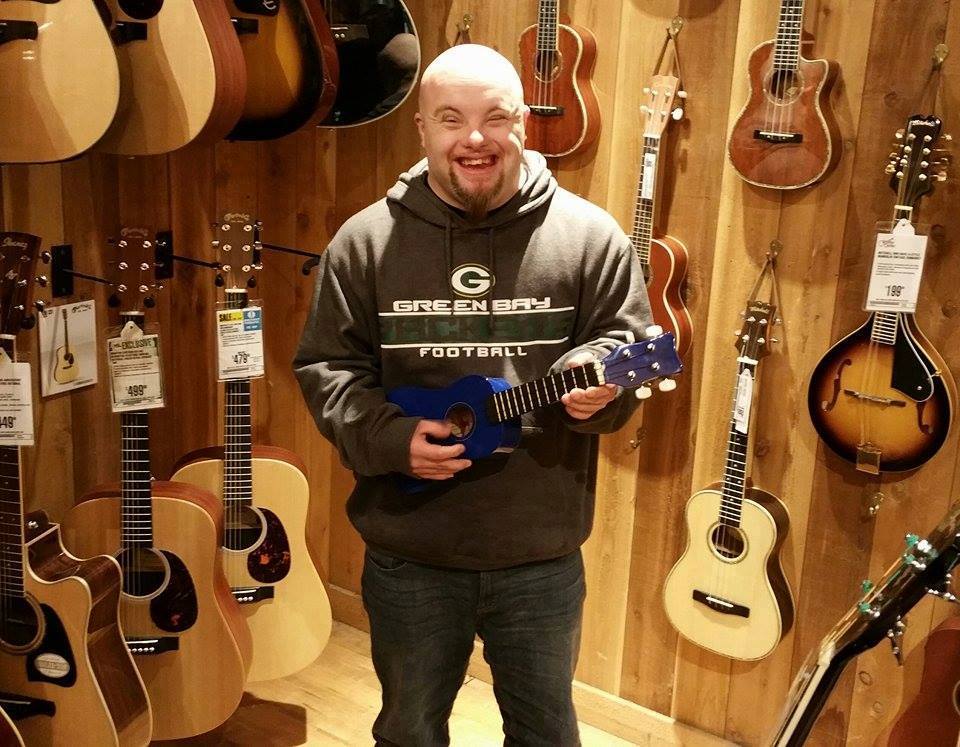 Tim loves riding on the motorcycle. We have gone to countless rock concerts in several states. He loves going to local clubs to listen to bands, and has a zillion friends that love seeing him out in the music scene. Some things are really strange, yet funny to me. Like how he can’t tie his shoes, but he can give me directions all the way to his grandfather’s house in Indiana. Or the time we were at the grocery store and Tim went to the deli to get a free cookie, then decided he was going to sit down in the blood pressure machine. He sits down, puts his arm through the cuff and hits the button to start the test. The cookie is in the hand that is through the cuff and he is trying to stretch his neck to try to bite the cookie, even to the point of pushing his head with his free hand to try to get that cookie…never realizing he could use the free hand to eat the cookie (so funny to actually see that one!). 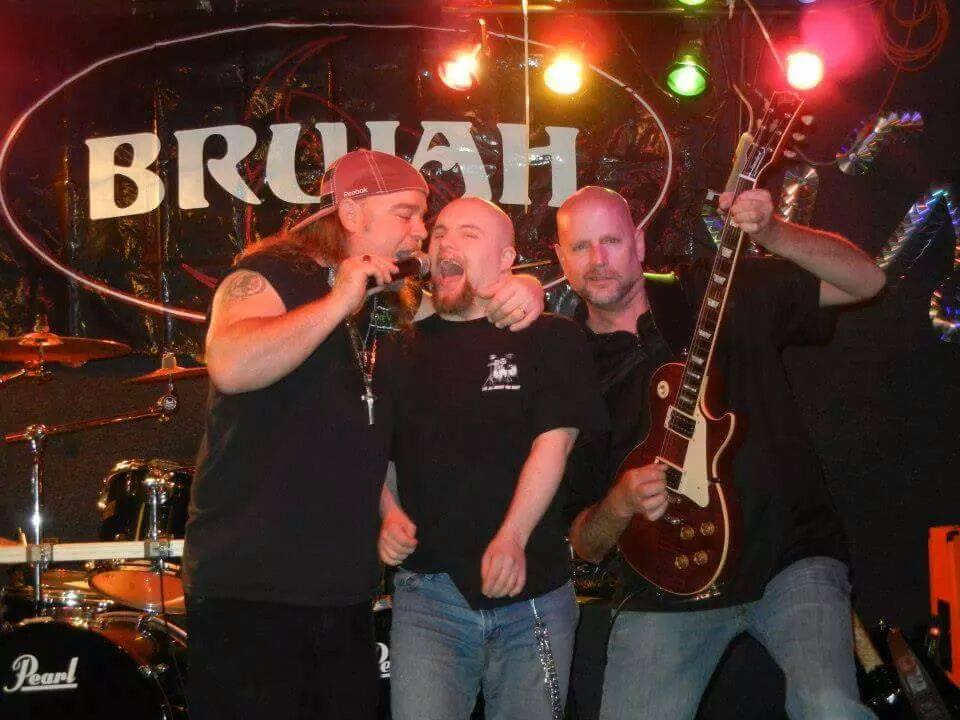 Then there’s the “Tim language,” things he says that you may or may not be able to understand if you don’t know him. Things like “za-on-ya” (lazagne), “hunshine” (sunshine), “poop butt soup” (shoo bug, shoo), “BOOha” (Brujah), “bobber qweek” (Barbed Wire Creek) “coat-nee and coy coy coy” (Courtney and Cody Cody Cody), “Witcherd” (Richard), “Dewool, Jewwee and Duffy” (Darrell, Jerry and Duffy), “Kott” (Scott), “Sadeecie” (AC/DC), “DaPeppered” (Def Leppard), “Aye Mayte” (Iron Maiden), “I luss yew” (I love you), and “Oh, GOOT DOCK” (Oh, Good Dog). I could go on forever with this one (I’m actually coming up with a “Waffle Dictionary”).

A typical morning with Tim involves breakfast with him and his roommate, and usually Tim doing something comical that makes us all laugh. When I look back and compare the frustrations to everything else, the frustrations aren’t even worth my time. The things Tim brings to my life are worth so much more. I have read things about certain places in the world and abortion rates for people who find out they are having a baby with Down syndrome. One of the many tragedies of that statement is that those people will never get to experience what I have, because they gave up before even getting started.

I think the single worst thing about having a child with Down syndrome is that their life expectancy is somewhere in their 50s, which means there is a better than average chance that I will outlive Tim. I can’t even begin to think of how devastating that would be for us. I can’t imagine ever playing a gig, knowing that I’m never going to be able to look out into the crowd and see him sitting there cheering us on, no matter who I’m playing with. I think life would stop for me too. But I know that isn’t what Tim would want, so I would have to try to move on. I pray I never have to go through that.

My whole point of this is that having Down syndrome doesn’t have to be a negative thing, and as parents to children with Down syndrome, you don’t have to fear the future. Just give them all the love they give you and raise them just as you would any other child, and you will be fine. My wife Teresa says, “I can’t speak for all of those with Down syndrome, but I can for Tim. He is a young man filled with love. I couldn’t have asked for him to be anything but exactly who he is.” Parents, we ask you to love your children and let them teach you as you are teaching them.

2 responses to “Celebrating My Son with Down Syndrome”